Hospice of Stanly County was formed in 1979 through the efforts of an inter-faith group of concerned citizens. The Stanly County Medical Association and The Stanly County Ministerial Association collaborated and nurtured its growth and development, and Hospice was finally incorporated and became operational in 1981. Main Street United Methodist Church housed the first hospice office, which then moved to donated space at Stanly Memorial Hospital. The agency continued to grow and—after a successful capital campaign—moved into a newly constructed office located at 960 North First Street in December 1995.

In 2014, Hospice changed its name to Hospice of Stanly &the Uwharrie to more truly represent its service area. One hundred and sixty active volunteers currently work hand-in-hand with a staff of 25 to meet the growing demand for hospice services in Stanly, Montgomeryand surrounding counties.

Hospice is a concept of care that derives its name from the Latin word, “hospes,” meaning “to be host and guest.”

The hospice movement started in England in the 1960s, and migrated to the United States in the 1970s. Early hospices were entirely volunteer-run and dependent on charitable contributions and volunteer staff to provide the intensive and personalized care central to the hospice concept.  From the beginning the focus has been on providing care in the patient’s own home.  During the 1970s, hospice leaders began meeting regularly to formulate model standards for guiding development of hospice care.  Creation of the National Hospice Organization in 1978 provided a national forum for discussion, education and support of quality standards for hospices.

In 1983, Congress expanded Medicare coverage to include hospice.  Many private insurers, recognizing the value and cost-effectiveness of hospice care, began offering hospice benefits.  Most states now provide hospice benefits under Medicaid and Medicare.

Hospice has earned a place in mainstream health care and the delivery of social services in our country to help meet the physical, medical, emotional, psychosocial needs of patients and their families.  Hospice provides compassionate care, enabling more and more people to embrace the end of life with courage, dignity and peace. 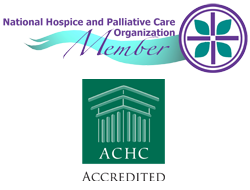 Hospice of Stanly & the Uwharrie is a nonprofit organization that has served the residents of Stanly, Montgomery and surrounding counties since 1981 by providing quality, compassionate care for people facing an incurable illness or injury.

Coping with a life-limiting illness can be difficult, emotional, stressful and confusing for everyone involved.

When you and your loved one decide to no longer seek a cure, know that you can turn to a knowledgeable team that cares. You want most that your loved one experiences no pain and is in a condition to enjoy the richness that should round out a life well-lived. Hospice of Stanly & the Uwharrie vows to be there for you.

*Click here for information on the benefits of a career with Hospice of Stanly.

Hospice of Stanly & the Uwharrie A Nonprofit Organization